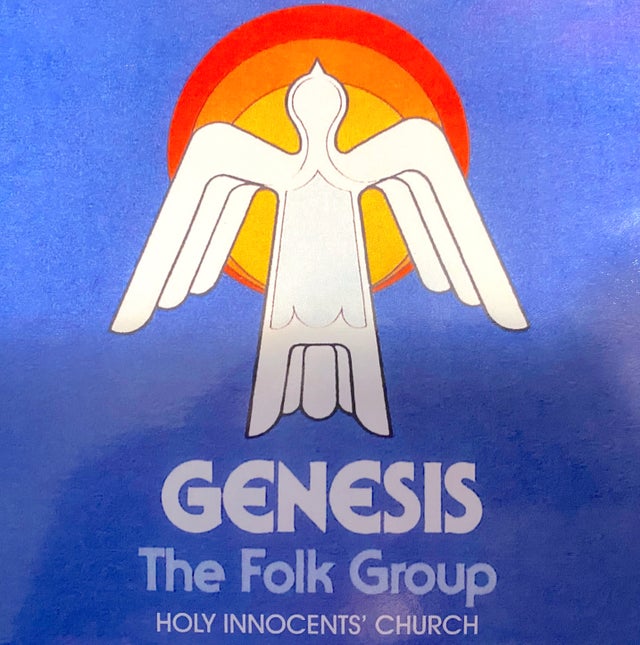 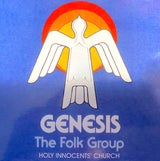 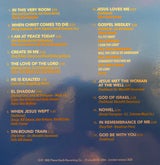 Buy the CD titled, "Genesis" from The Folk Group (Holy Innocents' Episcopal Church). Upon payment, a CD will be mailed to you vis USPS.

It seemed like a typical autumn Sunday morning. The Folk Group at Holy Innocents’ Episcopal Church in Atlanta had just closed out the 10:30 service with a rousing sing-along they called “The Gospel Medley.” When the final phrase, “Look away … beyond … the blue,” tapered off, and the soprano answered soulfully in the background, the congregation began to rise and break out in enthusiastic applause. The singers and guitarists were drained – ten minutes and seven songs in the medley had led them to a final respite. All done until the next time.

Shortly after “The Folk Group” had dispersed for the day, the group’s leader/conductor was approached by a parishioner who had thoroughly enjoyed the music and performance. Bill Greene had been the head of The Folk Group for a number of years. He always kept the music fresh and the energy he brought to the group was contagious, not just to the singers and musicians but also felt in every service in which they performed. The gentleman took Bill aside and had a rather lengthy conversation with him. At the conclusion, Bill had a bewildered look about him as he rejoined the remaining group members. When questioned by one of his musicians, Bill responded, “we’ve just been offered a sizeable amount of money to record an album of our music.” A generous and still anonymous benefactor thought our music was good enough to be recorded and given to their many supporters in the church. Bill was stunned.

After clearing it with the church administration, Bill ran the idea by one of his musicians and singer, Tim McCabe. Tim had been producing for years both commercials and albums. He knew just the right people to call on to make it happen. Bill and Tim worked on song selection and began rehearsing the group. Tim procured the licenses, booked the studio and set the recording schedule. When the group was ready, the tape began to roll.

The Folk Group was a small ensemble (around 20) compared to the larger music programs around Atlanta. But, thru the magic of multi-tracking, the group sounded like a mini Mormon Tabernacle Choir. The result of their efforts was named Genesis.

Guest pianist, Mac Frampton, begins the volume with “In This Very Room.” The mood has been set. Other Christian favorites include “The Love of the Lord,” “El Shaddai,” “Jesus Loves Me” and an original song written by one of its members. “I Am At Peace Today.” The 16 song album closes with the prayerful blessing “God Be With You.”

The album was recorded and released in 1992. It was re-released in 2021 by Planet Earth Recording Co. In 2003, The Folk Group was renamed High Spirit and recorded a second album, Why On This Night…